In 1955 a group of young men, after finishing their National Service, had been helping out the rather unsuccessful teams playing for the Congregational Church and Parish Church Youth Club in the Desborough and District League.

They decided to form their own club, and being without home premises, for the first year played all their matches away. They paid a Bob-a-week contribution into a fund to buy equipment.

After a while, the fund had accumulated £15.95 -   a table was bought from a Desborough resident for the princely sum of £1.25, and a net for £1.85, and there was money to rent a room at the Adult School in Rothwell as a home venue. Rothborough Table Tennis Club was born, the chosen name reflecting the links with both Rothwell and Desborough.

After the Adult School came spells at the Labour Hall on Rushton Road, the Co-op Warehouse on Glendon Road, the United Reformed Church on Fox Street, the Community Centre in Well Lane, even one year at the Woolpack Inn, (not ideal) before the present venue at the Montsaye Sports Centre.

The four young men who were the founders of the club were Tom Tye, Arthur Page, Ken Crick and Clive Cross.

Tom Tye was very much involved with Rothborough as Secretary or Assistant Secretary right up until the 1980s.

Clive Cross was either Secretary or Treasurer, (sometimes both) until 1969 when he became auditor, a position he has held ever since. In 1981 he became President of the club and proudly remains so.

Over the years many people have contributed to the running of the club. Mention must be made of the contributions of Martin Myrick and Ivor Jones to not only the running, but the development of Rothborough.

To get in touch with any of the club officers, see the Contacts page 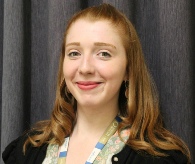